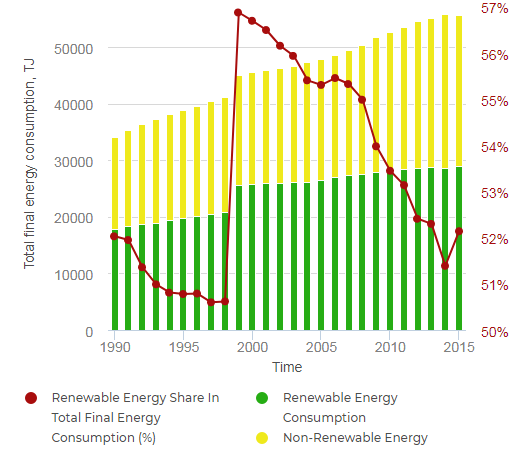 Posted by Xavier Lemaire In Blog

Dr Moeketsi Kali writes on the current situation and potential for renewable energy developments in Lesotho.

Lesotho’s leading renewable energy generation is state-owned and managed by Lesotho Electricity Company (LEC). The Lesotho Highlands Development Authority (LHDA) generates electricity, and LEC transmits and distributes it across the country. In addition to hydro, LEC manages a mini-grid station located in Semonkong. Lesotho Electric and Water Authority (LEWA) regulates the electric sector in the country. Lesotho’s electricity access rates are around 38%, with 60% for urban and peri-urban households and 18% for rural households. On average, the lowlands have more access to electricity than the highlands, as illustrated in Figure 1. 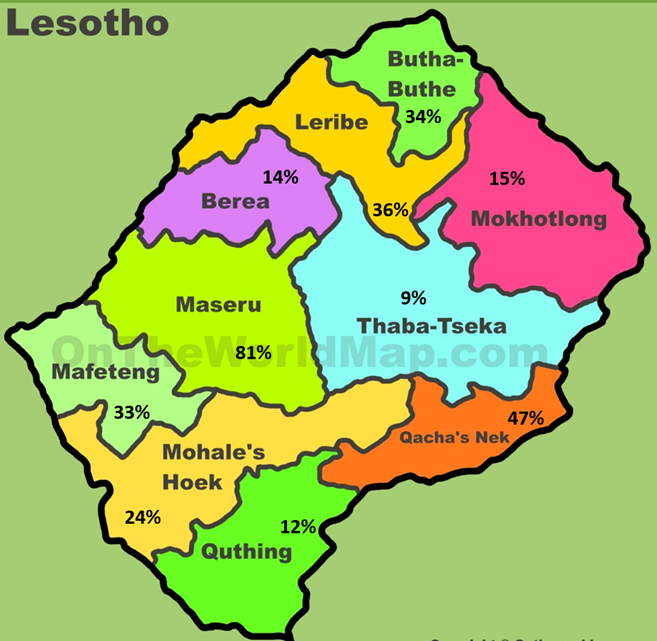 Lesotho’s electricity generation capacity stagnated at around 74MW for over a decade with no expansion prospects. Muela Hydro Power Station generates 72 MW, Mantšonyane generates 2 MW from the river plant, and the Semonkong mini-grid generates around 400kw.

Figure 2. Evolution of the number of LEC Customers and average domestic consumption

This situation presents an opportunity and a challenge for local and international entrepreneurs who want to invest in renewable resources in the country which has evolved for last 30 years around 50% of total final energy consumption. 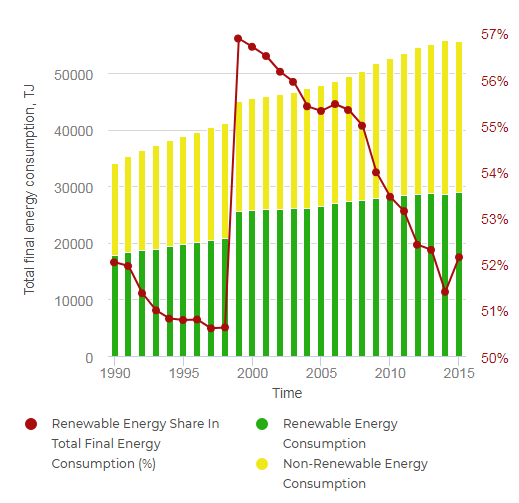 Even if 66% of the 2.2 million population of Lesotho lives in rural areas, they are largely excluded from reaping the benefits of renewable energy to curb the hazards of biomass. There is a need to attract investment to establish mini-grids in the country to accelerate the electricity generation rate for all segments of society to have access to clean energy. Therefore, the government should consider creating an administrative unit that facilitates investment in the energy sector to speed up the licencing process.

Even if country’s opportunities for investing in renewable energy are indeed significant,  as the country’s electricity demand has exceeded its 72MW generation capacity, it is still compelled to import electricity from Mozambique and South Africa. 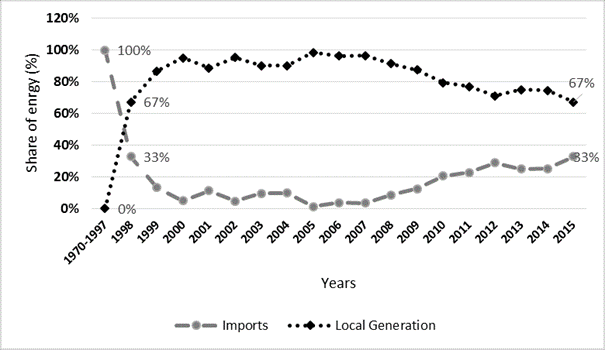 It seeks to reduce imported energy with the one generated locally, but investments are scanty in renewable energy projects. However, the existing ones show prospects of success; the emerging independent power producers invest in solar energy by establishing mini-grids to supply rural communities with energy.

Interestingly, the communities seem prepared to bear all the costs of installing electricity and consumption charges. While one could fear that the established Lesotho Electricity Company (LEC) may act as a monopoly and outcompete emerging businesses, the reality shows the contrary. Rural communities are willing to pay electricity tariffs that are more than twice the price charged by LEC. According to our preliminary findings, what matters to them is the constant supply of energy over the cost, as evidenced by the dissatisfaction of the Semonkong community towards LEC-owned mini-grid in their community.

World Bank. (2020). International Development Association Appraisal Document on a proposed credit in the amount of US$40 million (PAD3026). The Government of Lesotho. https://documents1worldbank.org/curated/en/808341580698850813/pdf/Lesotho-Renewable-Energy-and-EnergyAccess-Project.pdf